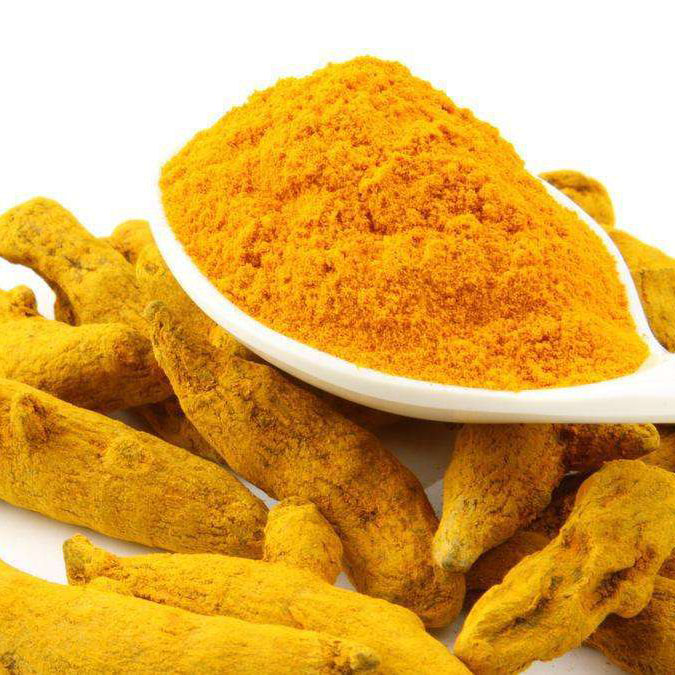 Turmeric Extract is a rhizomatous herbaceous perennial plant of the ginger family. This product has a sharp taste and orange-yellow color, and may help fight cancer and inflammation. Turmeric Extract is used as a colorant, food preservative, and flavoring agent in the food industry.

Turmeric may be the most effective nutritional supplement in existence.Many high-quality studies show that it has major benefits for your body and brain.Here are the top 10 evidence-based health benefits of turmeric.

1.Turmeric contains curcumin, a substance with powerful anti-inflammatory and antioxidant properties. Most studies used turmeric extracts that are standardized to include large amounts of curcumin.

2.Chronic inflammation contributes to many common Western diseases. Curcumin can suppress many molecules known to play major roles in inflammation.

3.Curcumin has powerful antioxidant effects. It neutralizes free radicals on its own but also stimulates your body’s own antioxidant enzymes.

4.Curcumin boosts levels of the brain hormone BDNF, which increases the growth of new neurons and fights various degenerative processes in your brain.

5.Curcumin has beneficial effects on several factors known to play a role in heart disease. It improves the function of the endothelium and is a potent anti-inflammatory agent and antioxidant.

6.Curcumin leads to several changes on the molecular level that may help prevent and perhaps even treat cancer.

7.Curcumin can cross the blood-brain barrier and has been shown to lead to various improvements in the pathological process of Alzheimer’s disease.

8.Arthritis is a common disorder characterized by joint inflammation. Many studies show that curcumin can help treat symptoms of arthritis and is in some cases more effective than anti-inflammatory drugs.

9.A study in 60 people with depression showed that curcumin was as effective as Prozac in alleviating symptoms of the condition.

10.Due to its many positive health effects, such as the potential to prevent heart disease, Alzheimer’s and cancer, curcumin may aid longevity.

11.It’s a potent anti-inflammatory and antioxidant and may also help improve symptoms of depression and arthritis.