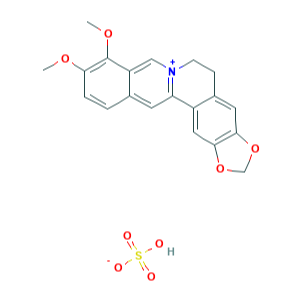 Berberine is a bioactive compound that can be extracted from several different plants, including a group of shrubs called Berberis .Technically, it belongs to a class of compounds called alkaloids. It has a yellow color, and has often been used as a dye.

Berberine is a compound that can be extracted from several different plants. It has a long history of use in traditional Chinese medicine.

How Does It Work?

Berberine has now been tested in hundreds of different studies.

It has been shown to have powerful effects on many different biological systems. After you ingest berberine, it gets taken in by the body and transported into the bloodstream. Then it travels into the body’s cells.

Inside the cells, it binds to several different “molecular targets” and changes their function . This is similar to how pharmaceutical drugs work.

I am not going to get into much detail here, because the biological mechanisms are complicated and diverse.

However, one of the main actions of berberine is to activate an enzyme inside cells called AMP-activated protein kinase .

This enzyme is sometimes referred to as a “metabolic master switch” .

It is found in the cells of various organs, including the brain, muscle, kidney, heart and liver. This enzyme plays a major role in regulating metabolism .

Berberine also affects various other molecules inside cells, and may even affect which genes are turned on or off .