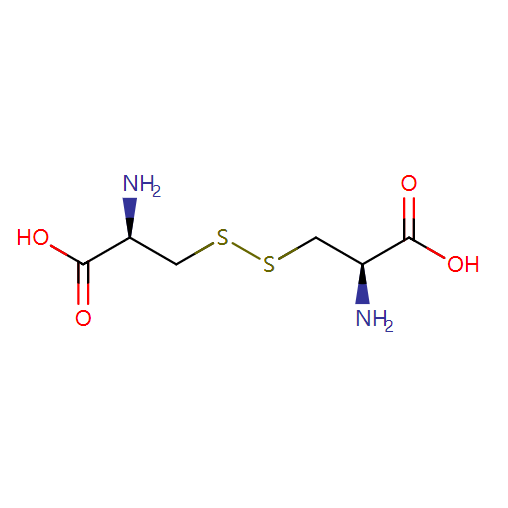 L-Cystine appears as a white plate hexagonal crystal or white crystalline powder. This product is a necessary for many functions in the body, and is commonly used in the food, pharmaceutical and cosmetics industries.

L-Cystine is a covalently linked dimeric nonessential amino acid formed by the oxidation of cysteine. Two molecules of cysteine are joined together by a disulfide bridge to form cystine. Cystine is a chemical substance which naturally occurs as a deposit in the urine, and can form a calculus (hard mineral formation) when deposited in the kidney. The compound produced when two cysteine molecules linked by a disulfide (S-S) bond. Cystine is required for proper vitamin B6 utilization and is also helpful in the healing of burns and wounds, breaking down mucus deposits in illnesses such as bronchitis as well as cystic fibrosis. Cysteine also assists in the supply of insulin to the pancreas, which is needed for the assimilation of sugars and starches. It increases the level of glutathione in the lungs, liver, kidneys and bone marrow, and this may have an anti-aging effect on the body by reducing age-spots etc.