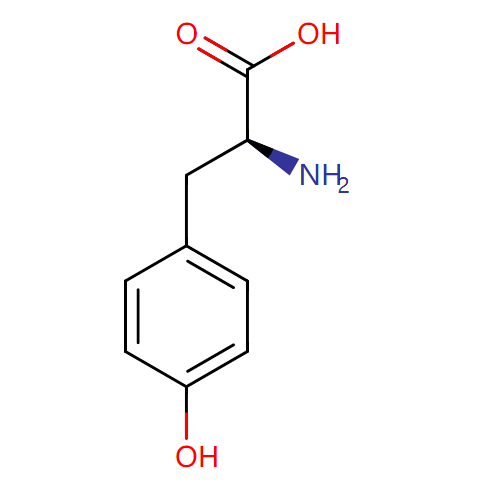 L-Tyrosine is an amino acid. This product appears as a white crystal or crystalline powder with no taste. It is freely soluble in formic acid, very slightly soluble in water, practically insoluble in ethanol and ether. L-Tyrosineis used as a beverage additive in the beverage industry.

Tyrosine is a nonessential amino acid synthesized in the body from phenylalanine. Tyrosine is critical for the production of the body’s proteins, enzymes and muscle tissue. Tyrosine is a precursor to the neurotransmitters norepinephrine and dopamine. It can act as a mood elevator and an anti-depressant. It may improve memory and increase mental alertness. Tyrosine aids in the production of melanin and plays a critical role in the production of thyroxin (thyroid hormones). Tyrosine deficiencies are manifested by hypothyroidism, low blood pressure and low body temperature. Supplemental tyrosine has been used to reduce stress and combat narcolepsy and chronic fatigue.